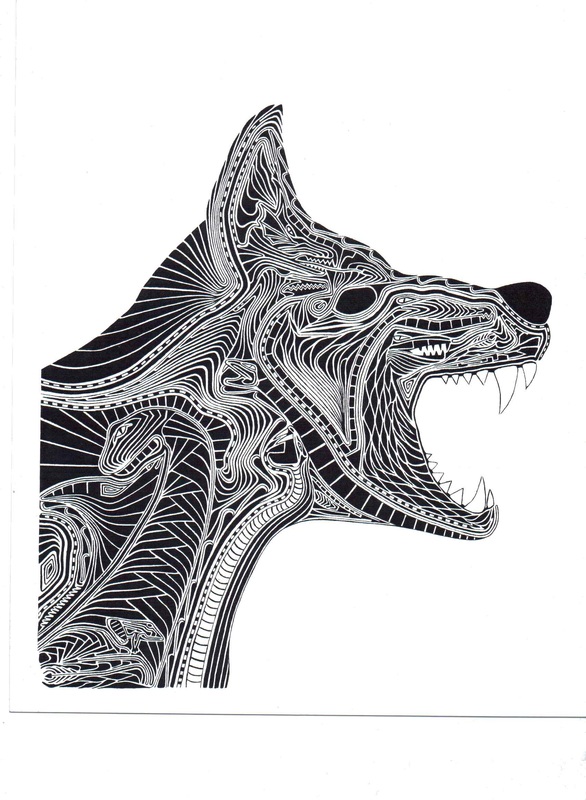 Man's relationship with wolves goes back over 40,000 years. In some cultures, the wolf is a symbol for cruelty, cunning, and greed, while in other cultures the wolf is admired as a symbol of courage, loyalty and victory. In ancient Egypt the guardian of the dead was Anubis, a wolf headed god. In the Epic of Gilgamesh, the goddess Ishtar had the power to turn enemies into wolves and in Greek mythology, a king named Lycaon was turned into a wolf by Zeus (some claim he was the first werewolf). According to Roman tradition, the wolf was responsible for the survival of the founders of Rome, Romulus and Remus, and as such, it has become the national animal of modern Italy. One of the most interesting myths concerning wolves is the belief in werewolves. References to werewolves arose in Europe at around the time of Christ. And in the Odyssey, the grandfather of Odysseus is a werewolf. Among the Inuit (Eskimo) the wolf and especially a white wolf was seen as a supernatural being, a spirit animal helper that meted out justice. Amarok is the name of the gigantic wolf in Inuit mythology that is said to hunt down and devour anyone foolish enough to hunt alone at night. Many Native American tribes viewed the wolf as a guide and tried to emulate its hunting prowess. Several Pacific Coast tribes believe their first ancestors were transformed from wolves and the wolf is one of the most common clan animals among Native American cultures. The wolf represents the union of opposites. From mythology and oral tradition from all parts of the world, the wolf has carried a sense of contradiction, on one hand a wild and powerful animal representing death, while on the other hand companion representing loyalty and protection. I drew this wolf as part of my Native American mythological collection, but its lore extends across many cultures. The drawing is strong and bold and filled with numerous Dark Designs hidden throughout the body of the wolf.
Drawing, Designs, Pen and Ink, Images, Black and White, Illustrations, Sketches, Doodles, Dark Designs, Art, Bowling Green, hidden images, Angel, Dragon, Hydra, Tree of Life, Cat, Eagle, Wolf, Elephant, Saber Tooth, Siren, Mermaid, Minotaur, Medusa, Falcon, Panther, Unicorn, Lion, Hummingbird, Werewolf, Frog, Lizard