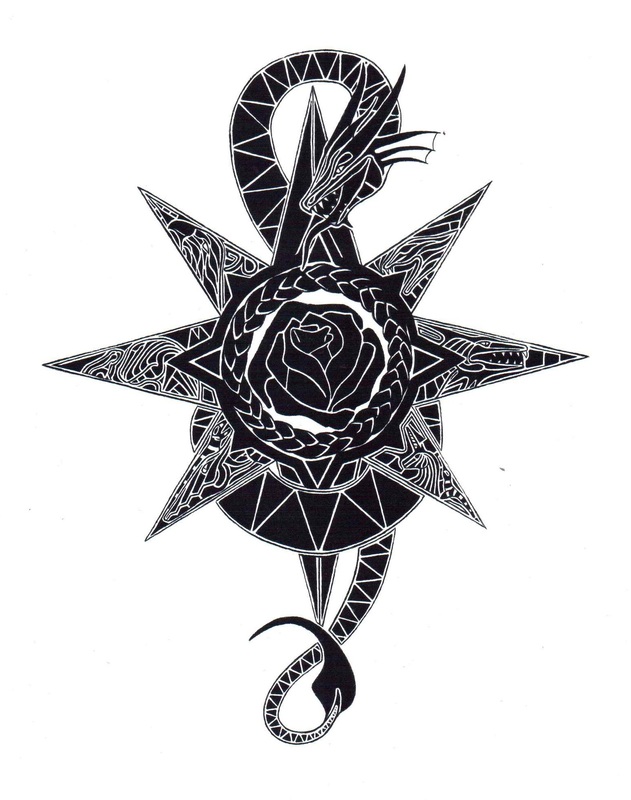 Anthropological studies  have shown that most human communities have four points of Cardinal Direction. Among the ancient Greeks, the four cardinal points were based on celestial bodies and used for orientation. The Romans adopted the Greek wind system, just changing the names of the cardinal directions. The Chinese divided the compass into twelve major directions based on the signs of the zodiac. In medieval Europe, the Frankish king Charlemagne, came up with his own names for the cardinal directions and these Carolingian names are the sources of the modern compass points names found in nearly all modern western languages. The compass rose is an old design element found on compasses, maps, and even monuments, used to display the orientation of the cardinal directions. The term "rose" comes from the compass points resembling the petals of the well known flower. Originally, this device was used to indicate the directions of the winds and was then known as a "wind rose". The four point compass rose uses only four "basic winds" or "cardinal directions" - North, South, East. and West. The eight point compass rose uses the eight principle winds, that is the four cardinal directions plus the four "inter-cardinal" or "ordinal directions" - North East, South East, South West. and North West, at angles of difference of 45 degrees. There is no standard for drawing a compass rose. In the earliest charts, north is indicated by a spearhead which would evolve into a fleur-de-lys around the time of Columbus. In addition, the East side of the rose was replaced with a Cross, inticating the direction to Paradise - long through to be in the east, or at least towards to where Christ was born. My compass rose was drawn by request, it is one of my smaller designs but it still contains nine Dark Designs as well as a larger dragon, my initials, and of course a Compass Rose.
Drawing, Designs, Pen and Ink, Images, Black and White, Illustrations, Sketches, Doodles, Dark Designs, Art, Bowling Green, hidden images, Angel, Dragon, Hydra, Tree of Life, Cat, Eagle, Wolf, Elephant, Saber Tooth, Siren, Mermaid, Minotaur, Medusa, Falcon, Panther, Unicorn, Lion, Hummingbird, Werewolf, Frog, Lizard