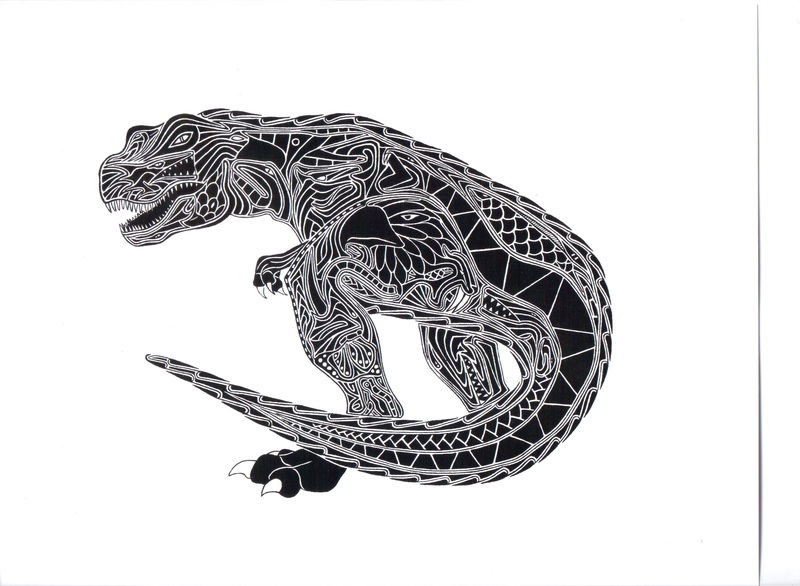 Since it's discovery in 1905, Tyrannosaurus rex has become the most widely recognized dinosaur species in modern culture. The name Tyrannosaurus rex means King of the Tyrant Lizards. In 1905 Henry Fairfield Osborn, then president of the American Museum of Natural History named the dinosaur. In addition to being one of the largest of the known carnivores, Tyrannosaurus rex is the dinosaur that has received the most media exposure. It had a starring role in the "Jurassic Park" movies and has a renowned exhibit at the American Museum of Natural History in New York city. In addition to numerous books and movies such as "Lost World" and "Journey to the Center of the Earth", Tyrannosaurus rex was one of the dinosaurs that inspired the appearance of the popular "Godzilla" movies, and Tyrannosaurus rex was represented in the popular Transformers movies, toy line and animated series with Grimlock an Autobot that could transform into a powerful Tyrannosaurus rex. From the fossil evidence, Tyrannosaurus rex was described as one of the most fearsome bipedal carnivores. Measuring 40 feet in length with a massive skull (five feet in length) balanced by a long tail and weighing up to 10 tons. It is believed that Tyrannosaurus rex could run up to 25 miles per hour, and had the strongest bite of any land animal that ever lived. According to scientific studies, the dinosaurs bite could exert up to 12,814 pounds of force. Tyrannosaurus rex had a mouth full of serrated teeth, the longest measuring over 12 inches in length. The serrated conical teeth were used to pierce and grip flesh which was then ripped away. Tyrannosaurus rex acquired it's food by scavenging and hunting, grew incredibly fast and ate up to 500 pounds of food in a single bite! Tyrannosaurus rex lived in the forest river valleys in North America and preyed on the herbivores such as Triceratops, who occupied the region between 66 to 68 million years ago. Even though Tyrannosaurus rex became extinct about 65 million years ago in the Cretaceous - Tertiary mass extinction, it has continued to be one of the most interesting and popular dinosaurs of all time.
Drawing, Designs, Pen and Ink, Images, Black and White, Illustrations, Sketches, Doodles, Dark Designs, Art, Bowling Green, hidden images, Angel, Dragon, Hydra, Tree of Life, Cat, Eagle, Wolf, Elephant, Saber Tooth, Siren, Mermaid, Minotaur, Medusa, Falcon, Panther, Unicorn, Lion, Hummingbird, Werewolf, Frog, Lizard